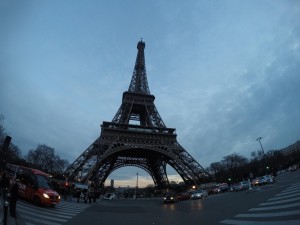 Today’s article explains how the tragedy in Paris may affect stocks. Here’s what they had to say, “The terror attacks in Paris are expected to spur a flight-to-safety trade this week, in markets that are already risk averse.
The coordinated attacks, which left more than 100 dead and hundreds others injured, prompted French President Francois to order new air strikes in Syria. On Sunday, French bombers strafed a Syrian stronghold of ISIS, which has claimed responsibility for the attacks.” To read more,CLICK HERE.

Would you ever consider investing in a company that operates prisons? What about a company that owns funeral homes? They’re not ideal but their numbers aren’t bad. Today’s article discusses five different stocks. Here’s what they had to say, “we’re going to take a look at five high-dividend stocks that fall a little outside the mainstream. Not all of these are dividend stocks that I would necessarily recommend, but all are worth at least keeping on your radar. It is their quirkiness and lack of inclusion in major benchmark indexes that tends to keep them off limits to large institutional investors and create the very conditions that make them worth considering for us.” To read more, CLICK HERE.

As we continue on our sixth year of the bull market, there may be some things you’re doing wrong. Today’s article explains three Don’ts for the aging bull market. Here’s one of them, “Don’t be under-diversified. Another late-bull market mistake? Piling into one or a few stocks—or one country or sector. For some, the goal is to maximize returns. For others, it’s the comfort factor—invest in what you know, whether that’s the industry you worked in, the company you worked for, or a field you’re most interested in. Regardless of the motivation, these are all forms of under-diversification—a risky tactic.” To read more, CLICK HERE.

The saying goes, all good things must come to an end. But what if it wasn’t very good in the first place and what if it ends in a frenzy. Today’s article explains why while there seems to be immense popularity in the Chinese stock market, it may end not so well. Here’s what they had to say, “The Chinese stock markets have been rocketing higher in a popular speculative mania. New Chinese investors are flocking to their local red-hot markets, borrowing heavily to buy hyper-speculative stocks. Like all past manias, this one is guaranteed to end badly.” To read more, CLICK HERE.

Last week we featured an article on whether Super Bowl commercials help the companies’ stocks who make them. Today’s article answers a question that is answered by the author on whether Budweiser can expect to not only win favorite Super Bowl commercial but also win in the stocks. Here’s what they had to say, “Consumers loved the image of a lost puppy saved by a cavalcade of protective Clydesdale horses. Investors are pleased with the stock, too. Shares of Anheuser-Busch are up more than 30% over the past year…” To read more, CLICK HERE.

We all know social security cards are one of the most important documents needed to survive the twenty-first century and that they should be handled with care. The IRS even provides literature on how to keep them safe and how to identify identity theft. But even the IRS falls pray to human err. The beginning of July not only brought with it summer’s heat, but an IRS slipup that resulted in over a thousand social security numbers revealed on the Internet. Although the numbers were exposed for less than 24 hours, the damage has been done. For more information on the incident and how it is being taken care of, check out the full article HERE.

Reliable customers are an essential part of the air delivery and freight equation. A shaky partner who contributes to a significant portion of your revenue could potentially spell disaster. This was the situation today’s company was facing after one of their primary clients eliminated its U.S. air cargo network in 2011.

Instead of wallowing in self-pity they took proactive action, and over the next year dramatically cut costs. Despite the loss of a significant revenue contributor, Air Transport Services Group (ATSG) managed to increase net earnings by approximately 76% in 2012.

This has given ATSG flexibility to provide comprehensive air cargo solutions scalable to the needs of a diverse portfolio of small, midsized and large clients.

On March 11, 2013, ATSG announced the merger of two airline subsidiaries, Air Transport International (ATI) and Capital Cargo International Airlines (CCIA). The two subsidiaries have been combined under ATI, with a fleet of 13 cargo aircraft. This is just another step in reducing expenses in an effort to make ATSG a more profitable company.

“This merger is the most significant of a number of steps we are taking throughout ATSG to better fit our airline overhead and operating cost structures to the airline operations we have today, and expect to add in the future,” said ATSG President and CEO Joseph Hete.

James H. Carey – Independent Chairman of the Board

There has never been a demand for slow point-of-care (POC) testing devices. Quite to the contrary, there is a constant demand for ever increasing speed in the POC market. Whether you’re a physician administering an HIV test or a supplier of employee drug screening services, haste is a desirable quality.

Today’s company has built a reputation for developing POC testing devices that are on the cutting edge of speed and accuracy.

CEMI currently has two new Syphilis POCTs in the pipeline, and estimate they could satisfy the needs of a potential $75 million market. In addition to their HIV and syphilis tests, the company is also developing a DPP® Hepatitis-C POCTs.

CEMI’s most recent quarterly numbers were released on November 13, 2012.

The company reported revenue of $5 million in the quarter. Down from last year’s third quarter revenue of $5.9 million. This is a decrease of 15%. Chembio Diagnostics also reported a net loss of approximately $485,113… a year-over-year decrease from a net income of $475,605.

On December 21, 2012, Chembio announced it received approval for the Dual Path Platform® (DPP®) HIV 1/2. The device detects antibodies to HIV-1 and HIV-2 with an oral and blood test, with visual results within 15 minutes. The device is simple, requires a small sample size and doesn’t need to be refrigerated.

In addition to the flexibility and ease of use, the DPP® HIV 1/2 is the only rapid testing device to earn approval for testing of patients younger than 13.

On The Radar Report

The US healthcare industry, pharmaceutical producers and the FDA are combating prescription drug abuse by developing delivery systems that incorporate abuse deterrent properties.

Today’s company is on the forefront of this effort, already having developed a number of proprietary delivery methods designed to curtail the abuse potential of modern day painkillers.

DURECT Corporation is a pharmaceutical company dedicated to developing proprietary drug delivery technologies ranging from oral gel caps to biodegradable implants. Some of their established platforms include SABER, ORADUR, TRANSDUR, DURIN, and MICRODUR. Most of these drug delivery systems utilize extended release or prolonged release technologies.

These lower dose and sustained release delivery methods have increased in popularity. Thanks in part to wider public awareness of opioid abuse relating to prescription medication.

DURECT’s long term strategy is to build upon their portfolio of proprietary drug delivery platforms. They will continue partnering with other pharmaceutical producers, such as Pfizer (PFE), in order to develop delivery platforms for their products.
.
FINANCIALS

DRRX’s most recent quarterly numbers were released on November 5, 2012.

The company reported revenue of $3.8 million in the quarter. Down from last year’s second quarter revenue of $8.1 million. This is a decrease of 52.8%. DURECT Corporation also reported a net loss of approximately $4.8 million… a year-over-year increase from a net loss of $5 million.

On August 6 2012 DURECT announced the completion of pre-NDA (new drug application) communications with the United States FDA regarding a new delivery platform, POSIDUR. The company plans to submit their NDA filing in late 2012 or early 2013.

Pfizer and Pain Therapeutics (PTIE) are developing a new painkiller known as Remoxy, which was formulated with DURECT’s ORADUR technology. During Pfizer’s Q3 earnings call on November 1, 2012 they announced additional testing of Remoxy, delaying its approval and release.

On The Radar Report

The dawn of mobile computing has served as an unparalleled catalyst for the rapid growth of demand for digital media. One of the challenges of this distribution method is ensuring intellectual property rights holders receive proper compensation

Today’s company is positioning itself to become a leader in digital rights management. Its holdings already include hundreds of industry patents and licensing agreements with many leading content distributors.

This type of intellectual property protection is an integral part of digital content distribution models.

PCO’s most recent quarterly numbers were released on August 3, 2012.

The company reported revenue of $20.8 million in the quarter. Up from last year’s second quarter revenue of $195,000. This is an increase of 10,563%. Pendrell Corporation also reported net income of approximately $62.2 million… a year-over-year increase from a net loss of $2.2 million.

Net income was three times higher than revenue because of a $48.7 million gain on deconsolidation of subsidiaries, as well as a $10 million settlement from litigation with Boeing.

During the first quarter of 2012, PCO sold their Brazil property and other satellite related assets for $5.6 million. The continuing divestiture of satellite assets in the first half of 2012 eliminated approximately $61.9 million in related liabilities.

In May 2004 litigation began over a dispute with Boeing Satellite Services. The dispute pertained to the manufacturing and management of the company’s medium earth orbit satellite. In February 2009 the trial court ruled in favor of Pendrell for approximately $603.2 million.

On April 13, 2012 a California Appellate Court overturned the ruling. In a June 2012 settlement, Boeing agreed to pay PCO $10 million and waive appellate costs. This was in exchange for PCO dropping their petition for review to the California Supreme Court.

By subscribing, you agree to our Privacy Policy and Terms of Use. When you enter your email you agree to receive our regular newsletters and related promotional offers from select partners.